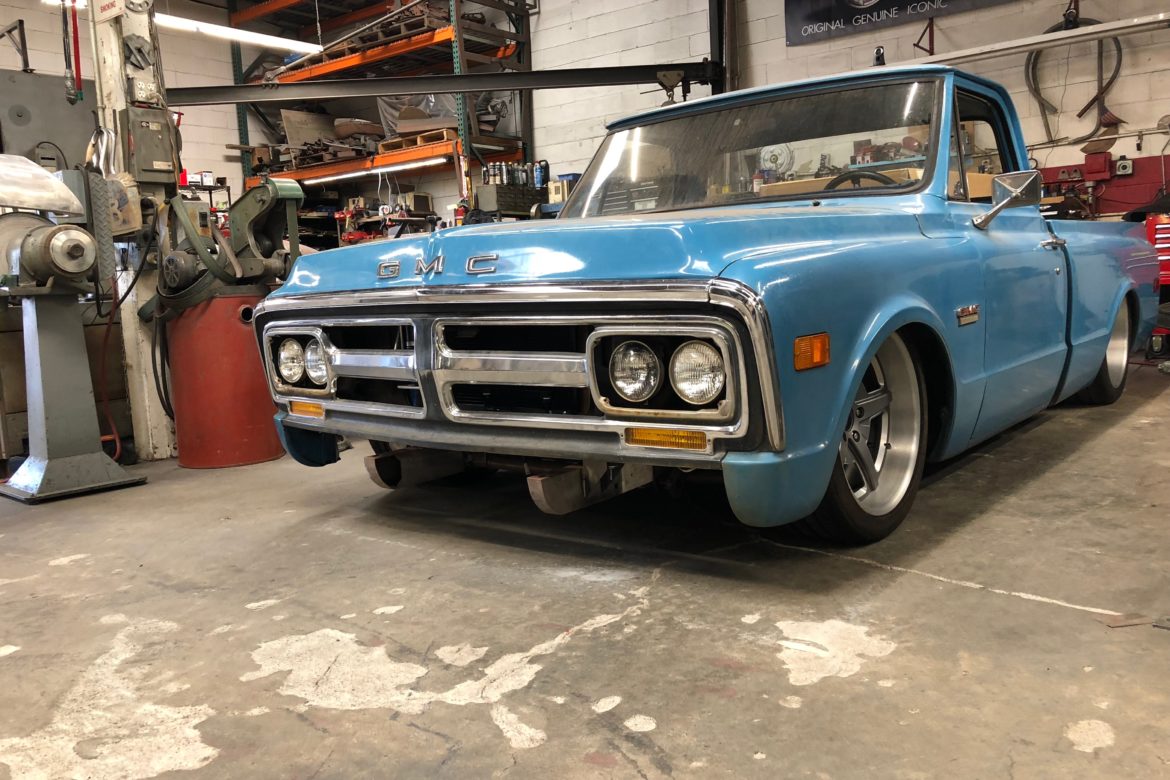 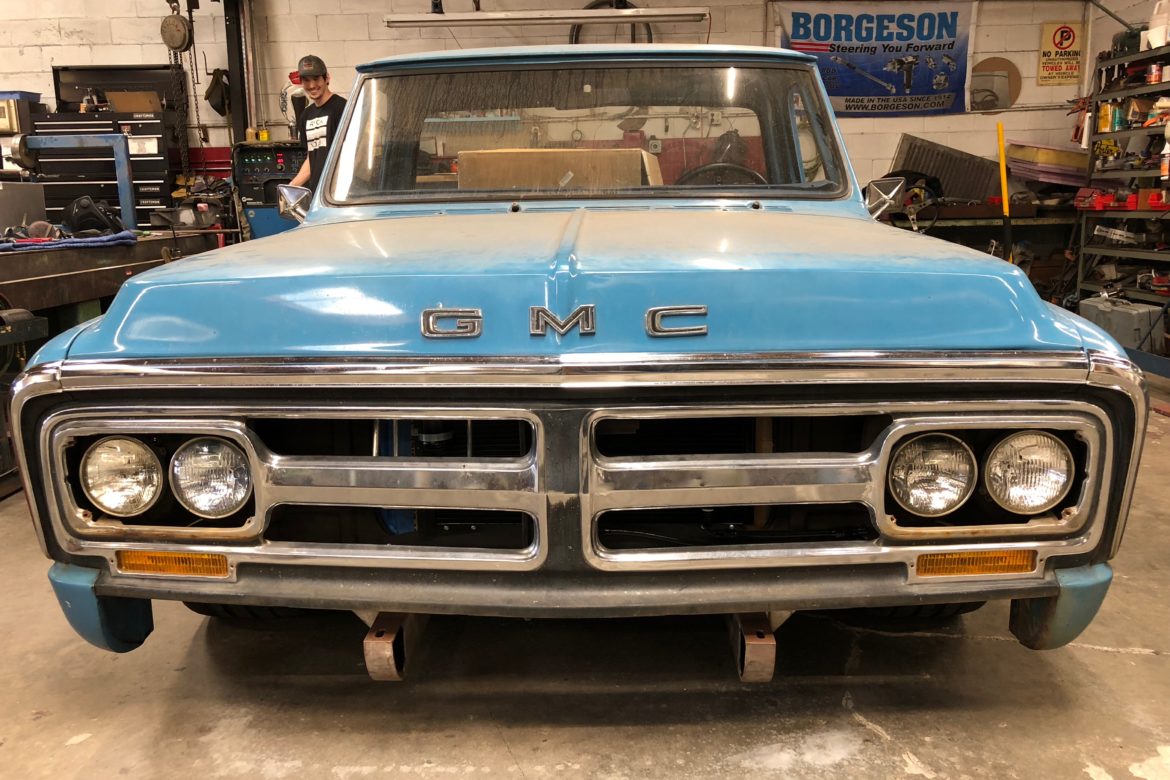 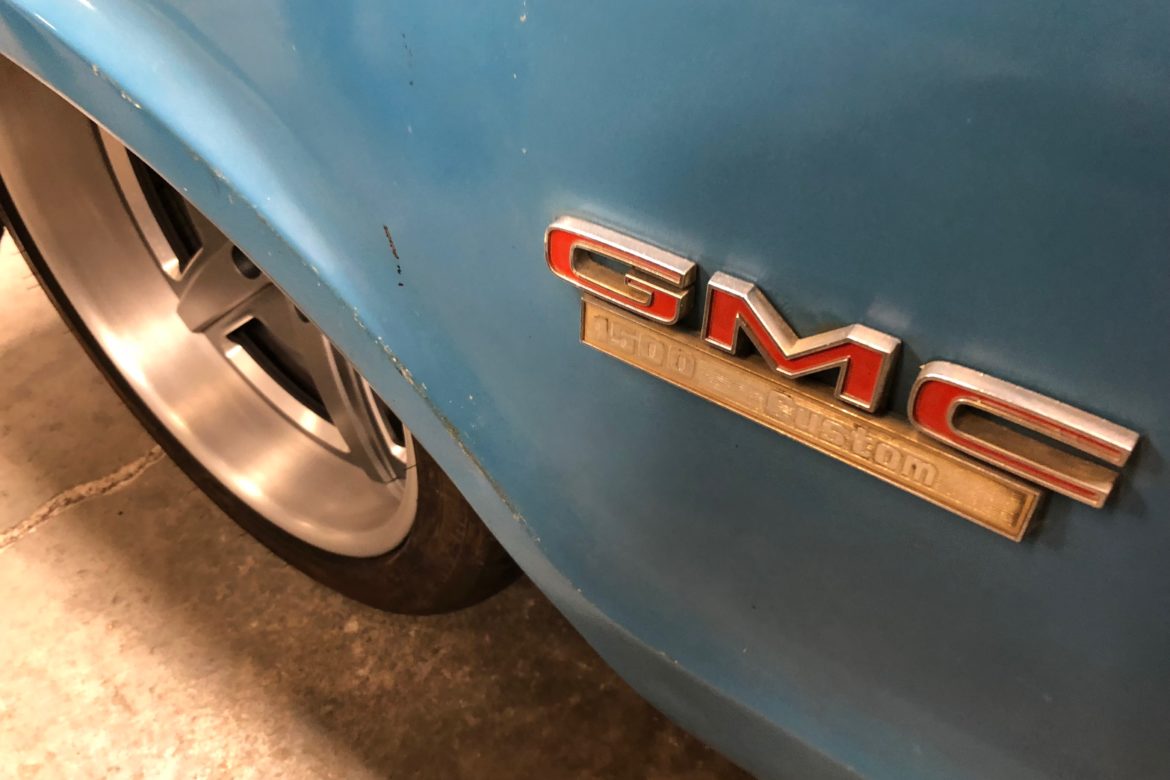 This 72 GMC came to us already halfway rad!! It has a Roadster Speed Shop chassis, custom made for this truck and now we will finish up this build with some fabrication work. Such as some inner fenders, fender wells and a new firewall work. Of course whatever else our client dreams up of having done.

Fun Facts!! The 1967 to 1972 GMC was called the “Action Line” of trucks. Also in 1971 they started to refer this truck as the Sierra giving it more comfort features such as nicer interior, more padding and insulation, carpet, chrome trim, and upper and lower side molding and tailgate trim. 1971 was the first year for AM/FM radios factory installed, which of course carried over into this 1972 model and so on for many generations.  Finally, the front brakes on all light-duty trucks were switched from drum brakes to disc brakes, resulting in much less brake fade under heavy use. While many prior C/K half-ton trucks had used a six-lug bolt pattern (6 x 5.5″) for the wheels, two-wheel-drive models switched to a five-lug pattern (5 x 5″ bolt circle) common to Buick, Oldsmobile, Pontiac, and Cadillac passenger cars. It is actually very hard to tell the 1971 from the 1972 but the only difference that you can make the distinction is that with the only change being the rear view mirror was glued to the windshield rather than bolted to top of the cab.

Of course you know the drill!! We will update our projects as they come along with significant progress and give you a heads up by posting on our social sites!!