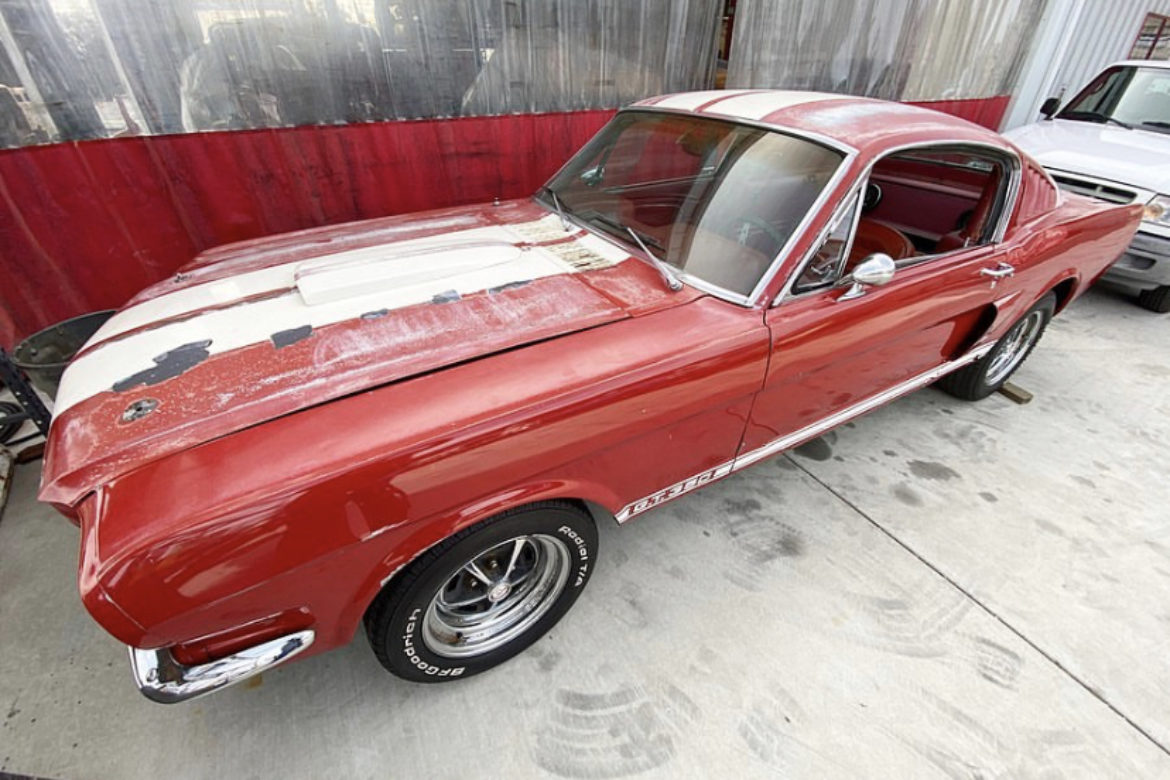 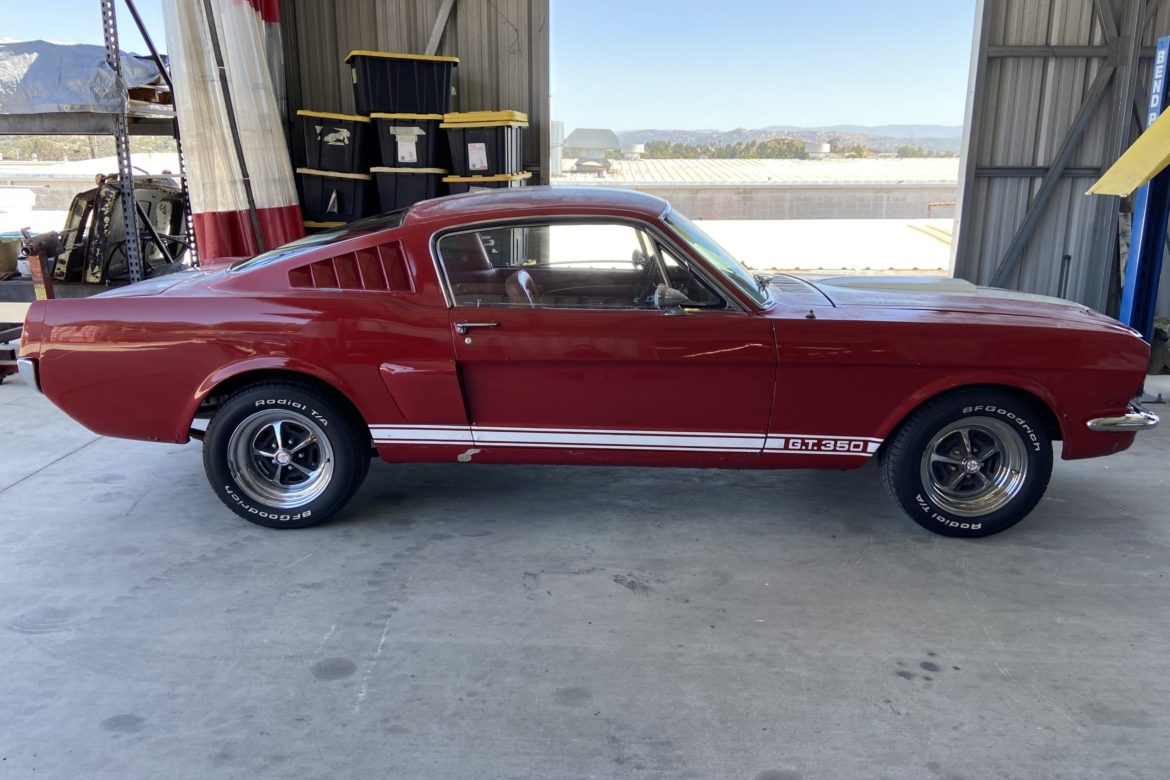 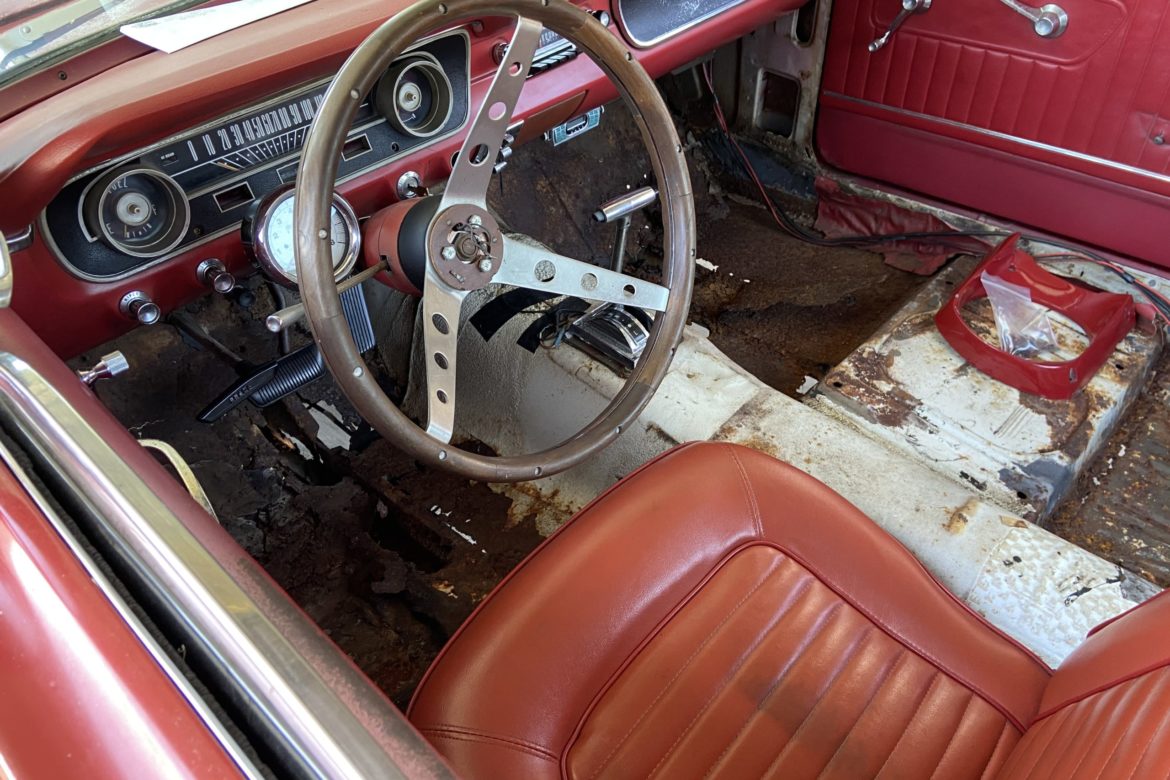 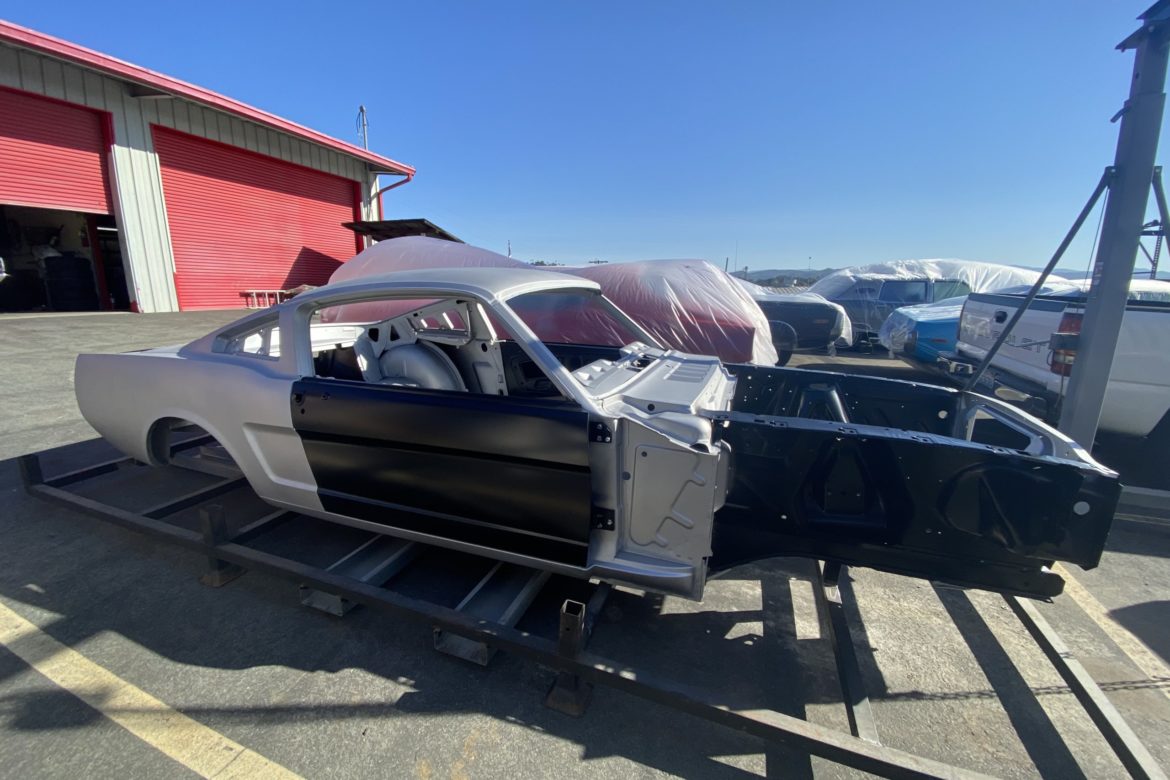 This 1965 Ford Mustang  fastback sure has seen some better days. The classic has such an incredible amount of rust that we sadly couldn’t or ethically suggest to save the body. When we went under the car we saw that some components that appeared to be brand new but only to be attached to totally rusted away sections.  It was indeed completely unsafe. The only thing holding it all together was the undercoating! To be fair there was one portion that wasn’t rotted but again it wasn’t safe.

Now here’s where we step in! A new repop 1965 Ford mustang fastback body has been made by our talented friends over at Dynacorn International and we will be attaching that to a front and rear sub frame clip from TCI!

Make sure to check back in as we update everything on here first!!