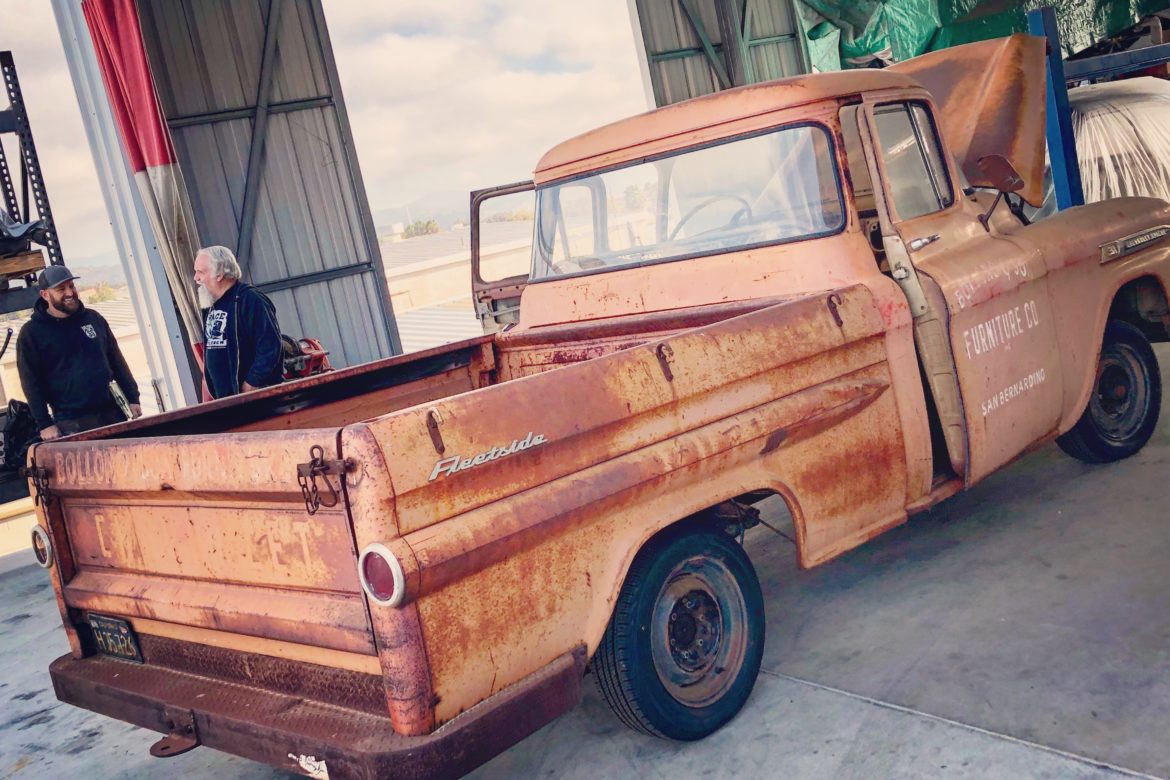 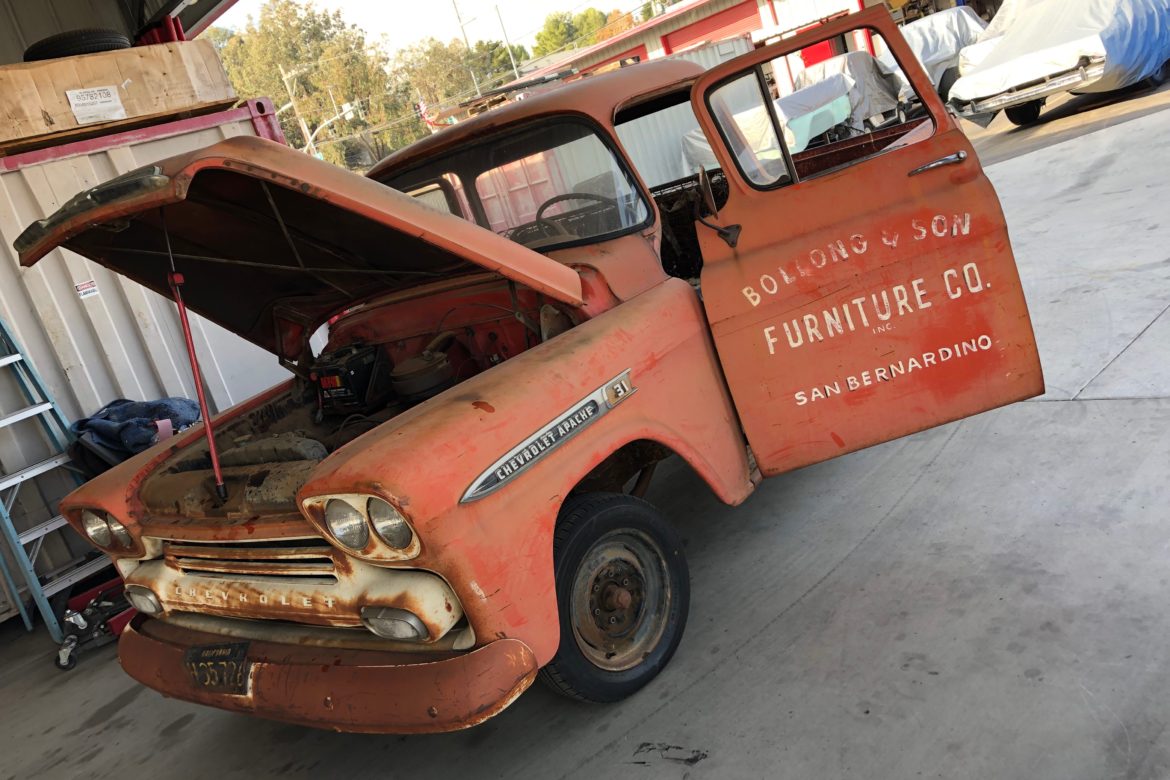 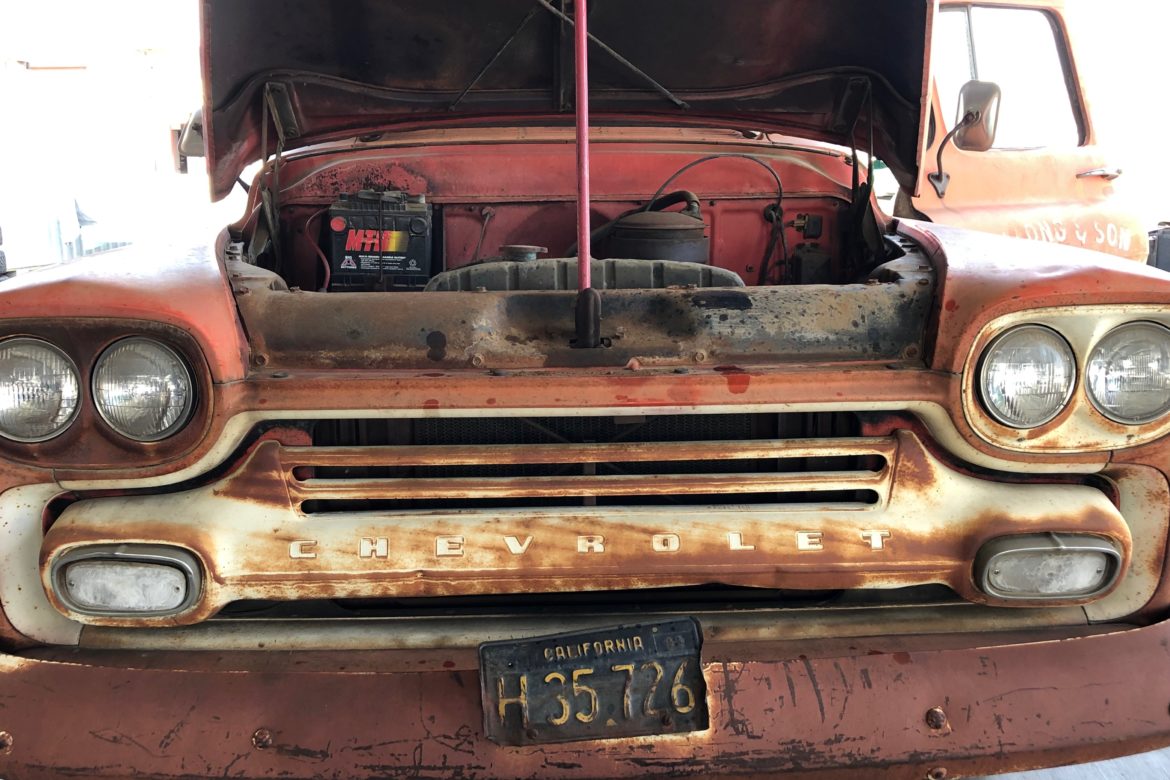 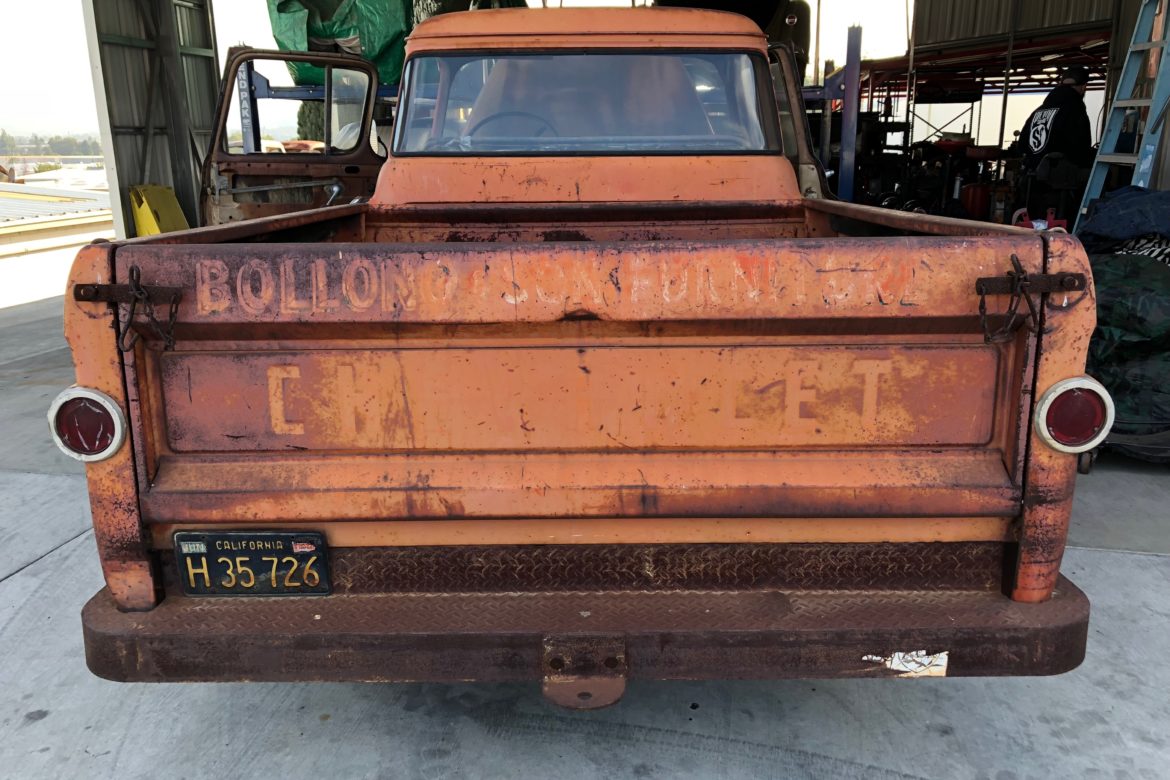 This classic, farm fresh, jet inspired Fleetside pickup was Chevrolet’s answer to the fancy Ford Styleside pickups. Not many recall but in 1959 Chevrolet built its seven-millionth truck including this Apache Fleetside pickup. It’s part of the “Task Force” fleet. Chevrolet pickups had been growing more civilized by that point causing many consumers to want to invest in this piece of amazing machinery.

Now this particular 1959 Apache is literally fresh from the farm. Though it was used for a moving truck at a local furniture store its really stood the test of time.

Many of you have already voiced to keep the beautiful patina that has already formed naturally, which we love. However our client has other plans for the paint and if you truly want to see a Chevrolet with that  patina look, there are some on eBay for sale and we would be happy to see your dream build come true as well.

Power came from the veteran 235-cid six or 283-cid V-8. Transmissions were three-speed with and without overdrive, four-speed, and Hydra-matic. Positraction limited-slip differential was a new option.

Now our modifications will be getting this truck up and running beyond its former glory, with upgrades to the chassis, a new engine fabrication work and body and paint of course.

The updates will come as we know more in what the owner want’s to see as his dream takes shape.