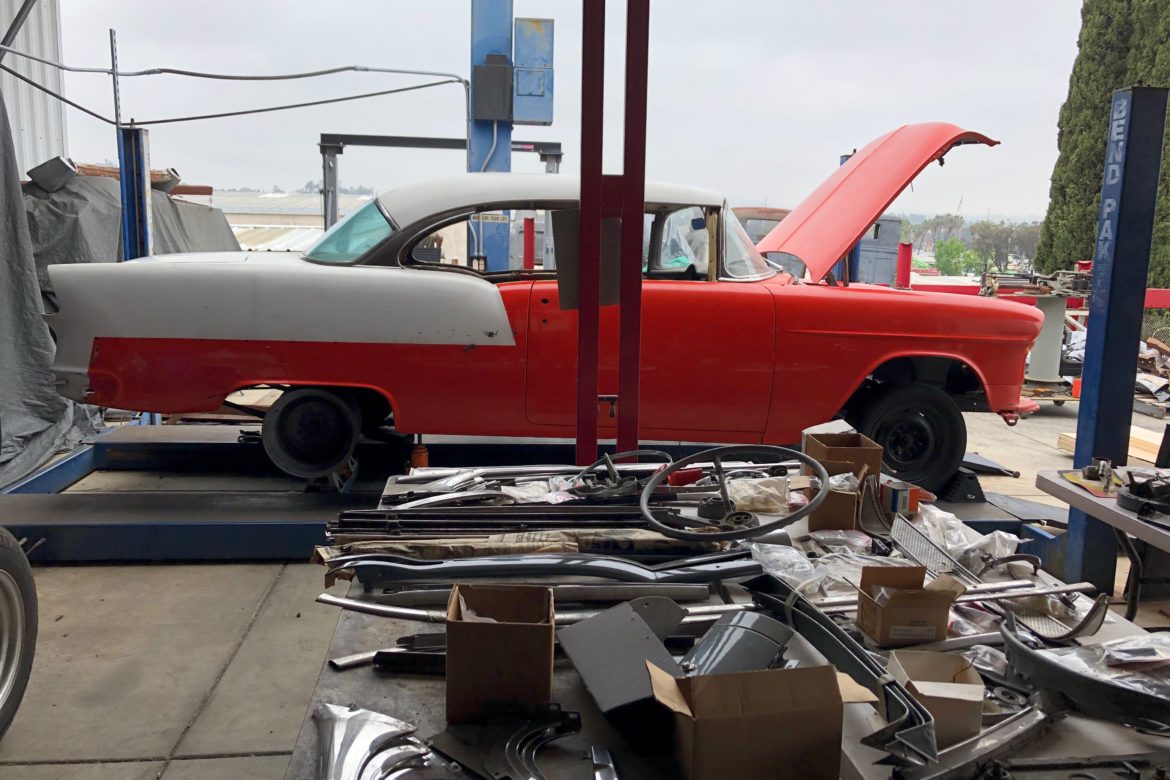 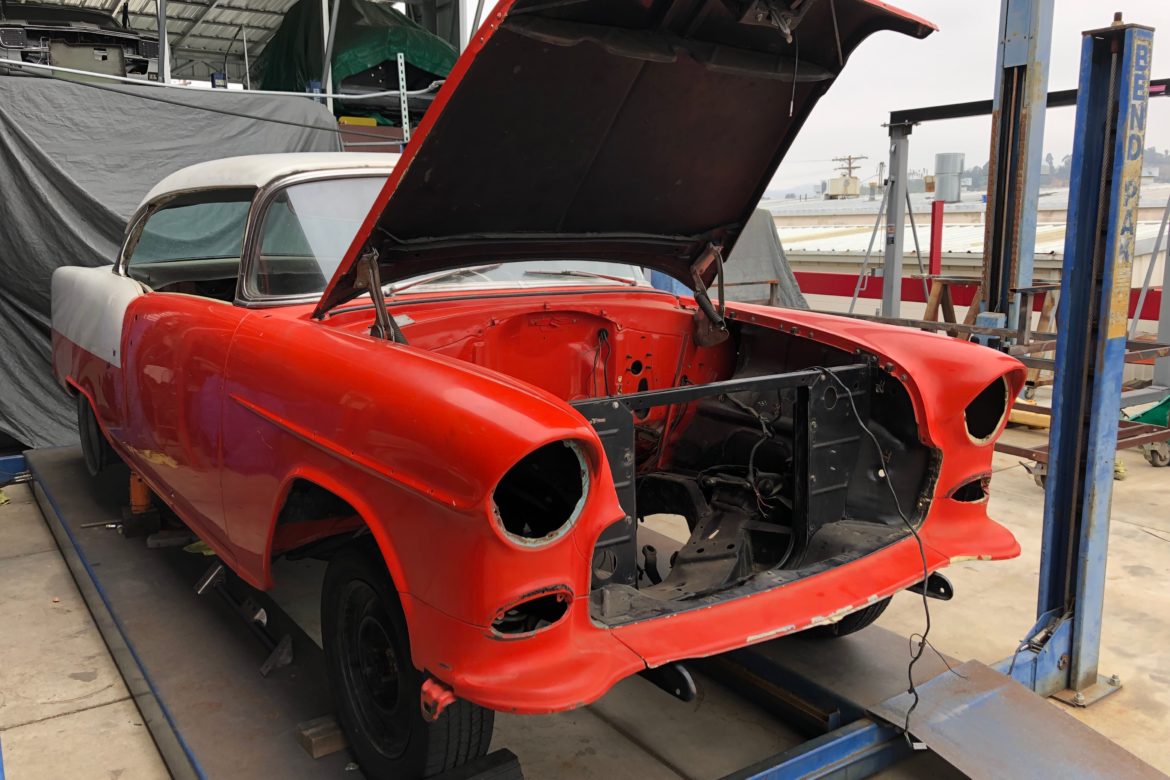 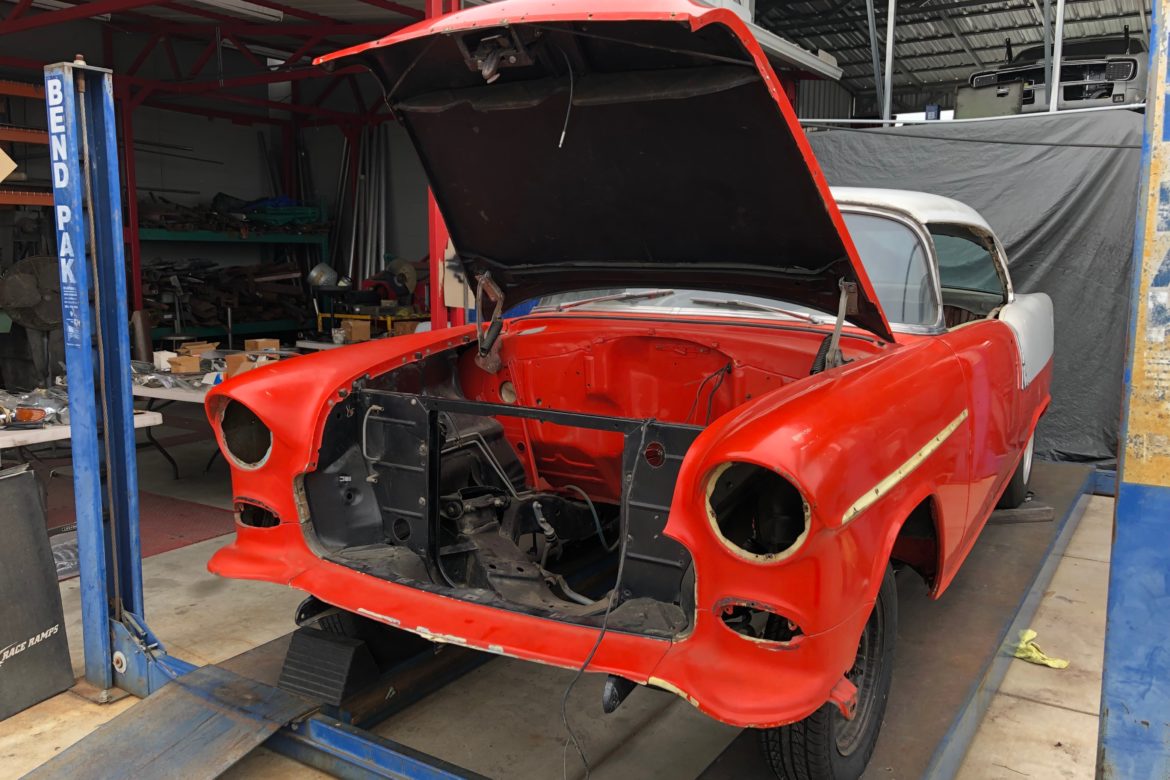 What was the prescription for travel in 1955? Well a new Chevrolet of course! This was a revolutionary car in its time, with show car styling, two toned colors, and a swoop side windshield so the driver can see all four posts. Plus it had a V8 engine that made driving exciting again. This was a whole new era for drivers!

Now every classic that comes to us always has a story. This classics story will make you excited that it’s finally getting fully restored.

The owner bought this car with his dad as a sophomore in High School in the spring of 1995 from the 2nd owner of the car. It was non-operable but fairly complete and in good condition. He had spent the next 18 months with his father who is the “classic car guy” rebuilding the car on the weekends from the ground up. They built the engine and put it in, re-did the interior and customized the car themselves. However the car was still not complete (no heater or windshield wipers) but the owner was driving it regularly to school and work and had the coolest car of his peers. On 1996 his car was stolen while he was working. To say he was devastated would have been an understatement. Luckily six months later the car was found but sadly it was completely stripped by a ring of thieves picking off Tri-5s. This 55 Chevy was all in pieces with the engine gone along with other vital parts to the car. The frame and body were separated with only the headliner still in tact! It was a trying time for our client but in the end he was able to get what was left of his car back and kept the vehicle with him for over 20 years knowing one day that he will have it fully restored and better than ever.

Now this is where we come in and will make this classic car shine again! Of course this is a new project and the details are still being hammered out, so we will bring you up to date details as they come so keep checking back in.